Our ‘Curriculum4Life’ group is well ahead of the competition after being voted a top priority for the 3rdconsecutive year. The group carried out a survey to help build a better picture regarding young people concerns. Based upon this information we are in the process of building a website, which will be a tool for PSE teachers. The site will also serve as a campaign base to raise awareness of the importance PSE holds in helping to make young people ready for life. The website will be available to schools across Cardiff in the new academic year. 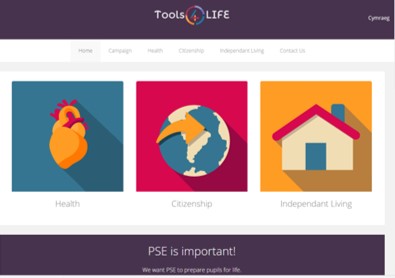 A ‘Curriculum for life’ voted as a top priority for the 3rd consecutive year!

Members of the Curriculum campaign group have met with Simon Morris, Youth Achievement Leader for Cardiff Council and with Tim Opie Lifelong Learning Policy Officer with the WLGA to discuss their concerns.

Both Simon and Tim sit on the National Principal Youth Officers’ Group, which is the network of strategic leads for the Youth Service in the local authorities across Wales. CYC have asked them to spread the concerns raised by young people regarding PSE to encourage youth workers to assist in the skills short fall.

Tim also sits on the Curriculum Review Group at a national level and has promised to raise young people’s concerns with the group looking at curriculum reform.

Finally CYC member and Member of Youth Parliament for Cardiff (MYP) David Abadir took the Curriculum 4 Life Campaign right to the top this month. He met with Education Cabinet Secretary Kirsty Williams to discuss the concerns of young people regarding the quality of PSE lessons. David (17) said ‘We had a good meeting and I am hopeful that we are making head way on this important issue’

CYC’s ‘First Aid’ working group has been gaining momentum by joining forces with charities, British Red Cross and St. John’s Ambulance, to deliver first aid awareness courses to 6th form students across the city. The group will start with a pilot which will allow feedback from students and teachers to ensure a smooth roll out of the training.
The working group hope that schools take up the offer of free first aid training for their pupils after the pilot finishes.

CYC Gets the Support of the Health Minister!

CYC members have worked with Assembly Member Julie Davies and the British Red Cross to promote the importance of First Aid skills to Assembly Members, as part of their campaign to get first aid on the school curriculum. CYC members spent the day at the Senedd speaking with a range of AM’s including Health Minister Vaughan Gethin.
Our First Aid Group have also set out to lobby schools to invest in defibrillators in the hopes that in the very near future every student in Cardiff will have easy access to the life saving equipment.

Stand up to Racism

Our campaign group focusing on tackling race and religious discrimination started finding their feet with a survey across high schools. Information gathered from this survey will influence key actions finding the best way to eliminate discriminatory behaviour. The CYC survey has already been piloted by pupils and staff at St Illtyds resulting in over 600 responses and an action plan being developed to take ideas forward. Another 7 high schools have completed the survey and we look forward to using the results over the summer.

Members of Cardiff Youth Council joined citizens from across the region in marching against racism. The large scale event was organised by Stand Up To Racism and involved thousands of people marching from Grange Gardens to the lawns at City Hall. It was here that marchers were able to listen to speeches promoting tolerance
and inclusion in the capital city. CYC Member Elin Bold (17) said ‘This march sends an important message and you can see from the numbers of people that we will not accept racism in our city’. CYC have been working on reducing race and religious discrimination after young people highlighted it as the second most important issue in the Make Your Mark ballot in 2016.