AND THE VOTES ARE IN…..
CYC have been busy electing 4 members to significant posts in the organisation. Firstly we thanked the 4 CYC members who were stepping down. CYC had a great year and a lot of this was down to the leadership and commitment from those folks who were successful in last years election.

Our new Chair is Stephanie Ezeadum (17), she was MYP last year and is studying for her A levels at Cathedral School.

C Y C  ELECTIONS
Our new Vice Chair is Ed Jones (16) a student at Cardiff High and a member of CYC for 2 years. Ed said ‘I am passionate about young people having their voice

heard and look forward to representing the views of young people over the next year!’ Our 2 new elected Members of Youth Parliament for Cardiff are David Abadir (17) and Tabitha Balogun (17). David told CYC members ‘Thank you for voting for me and I will ensure I will work hard to represent Cardiff not only in the House of Commons but throughout the year here in the constituency’

The iSay Ambassadors Team worked with pupils from Fitzalan High School as part of their Eisteddfod celebrations early this month.

After receiving a workshop to enable participants to understand children’s rights, democracy and participation the young people then split into groups to create a manifesto and discuss issues present in the areas they live.

The community manifesto will now be made available to candidates in the local election taking place in May so they can help work on the issues raised by pupils, which included concerns over safe playing areas, littering, dog fouling, quality of local services and substance misuse.

On Friday 11th November, Elin Bold and Stephanie Ezeadum, Members of Youth Parliament for Cardiff  debated a range of topical issues, including the need for a ‘curriculum for life’ and tackling racial and religious discrimination in the House of Commons. Elin gave a speech on her ideas for a ‘better, kinder democracy’.

276 Members of Youth Parliament from across the UK participated in the debate and have been elected by their peers to represent them with proceedings being chaired by the Speaker of the House of Commons, Rt Hon John Bercow MP.

This year’s UK Youth Parliament’s sitting will have marked the 7th year that MYP’s have debated on the green benches of the House of Commons. The sitting heralds the start of UK Parliament Week, an annual festival of events intended to connect communities across the UK with their democracy. This year’s Make Your Mark ballot to decide the topics of the Youth Parliament’s debate in the House of Commons, received a record number of ballots, reaching 978,216 young people. This cemented Make Your Mark as the biggest youth consultation of its kind in UK history, with almost two million young people aged 11-18 taking part in the last two years.

The debates where broadcast on BBC Parliament.

Members of Youth Parliament voted to campaign on votes at 16 and a curriculum for life (devolved England issue only) in 2017 with 112,687 young people across the UK voting to lower the voting age to 16 as their top priority in the recent Make Your Mark ballot.

Votes at 16 has been a campaign for the UK Youth Parliament for several years and there were passionate speeches made for the campaign in the House of Commons Chamber. 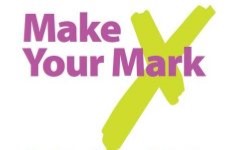 CYC have been busy coordinating the UK Youth Parliament Make Your Mark Ballot here in Cardiff once again. CYC members have been contacting schools and youth groups all across the city to take part in the biggest youth consultation for 11-18 year olds in Europe. This year we had over 9500 young people from across the city take part and cast their votes.     The top 3 issues voted for by young people were in 2016 were:

A curriculum should prepare us for life: School should cover topics including finance, sex & relationships and politics in the curriculum.

Tackling racism and religious discrimination, particularly against people who are Muslim or Jewish :

All young people should work together to combat racism and other forms of discrimination, and ensure we know the danger of such Hatred.

First aid education for all young people: All young people should learn basic First Aid on a regular basis , including CPR and all schools in the UK should have a defibrillator.